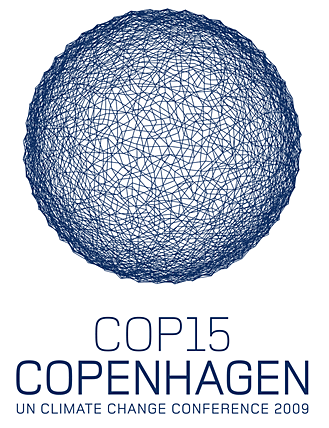 I’ve just returned from the COP15 talks in Copenhagen.

Mr. Lomborg, an environmental skeptic, says he believes in the concept of anthropogenic (human-induced) climate change, but unlike the vast majority of people and organizations who attended COP15, he doesn’t think that cutting carbon emissions is the best approach to dealing with the problem. Instead, he argues, we should invest our time and money helping those who are most vulnerable to the adverse affects of global warming.

In an article (“Time for a Smarter Approach to Global Warming”) that appeared in the Dec 15, 2009 edition of  the Wall Street Journal, Mr. Lomborg states that “money spent on carbon cuts is money we can’t use for effective investments in food aid, micronutrients, HIV/AIDs prevention, health and education infrastructure, and clean water and sanitation.”

While I appreciate Mr. Lomborg’s concern for the poor—and yes, it is true that the world’s poorest citizens will, in fact, suffer the greatest from climate change even though they are least responsible for causing it—I do not agree with his reductionist way of thinking.  It’s the same old false dichotomy of “the economy versus the environment” argument, repackaged in a different form and for a different audience.

According to Mr. Lomborg, people who are dying of AIDS or malaria, or who are worrying about how they’re going to get their next meal, could care less about global warming.  That may well be true, but dealing with their individual plights while ignoring the causes simply perpetuates and compounds their problems. He fails to recognize that unless the rural poor gain access to modern energy services, they will have little hope of ever dealing effectively with the host of ills and injustices that plague their lives.

This point was certainly not lost on Tom Friedman who, sitting right next to Bjorn Lomborg at the CNN/YouTube debate in Copenhagen, astutely countered Mr. Lomborg’s specious argument with the following remarks:

Needless to say, I concur with Tom Friedman, and I am also pleased that I had an opportunity to contribute to his thinking on the subject of energy poverty, a topic to which he devotes a full chapter in his book, Hot, Flat and Crowded.  I am grateful to Mr. Friedman for having quoted me in his book, and more importantly, for having articulated to a global audience the indispensable role that modern energy must play in meeting the Millennium Development Goals. Thanks to Hot, Flat, and Crowded, people around the world are now familiar with the concept of energy poverty.

Had I had the opportunity to interject in yesterday’s CNN/YouTube debate, I would have described to Mr. Lomborg my recent trip to northern Benin, where I witnessed a dramatic improvement in food security thanks to solar power and its ability to pump water for drip irrigation.  Or, I might have cited the example of Dr. Paul Farmer whose organization Partners In Health is now using solar as the primary source of power for its rural health centers in Rwanda, Lesotho and Haiti — where tens of thousands of poor patients are being treated for HIV/AIDS, tuberculosis, and other diseases.  Or, perhaps I would have mentioned Zwelenqaba High School in rural South Africa, where students are now able to gain computer skills and access information via the Internet thanks to a solar-powered computer lab that was installed last year.

These are perfect examples of how investing in clean, renewable energy for the developing world can not only help mitigate against climate change but also improve the health, education and economic security of some of the poorest people on earth.

At the CNN/YouTube debate in Copenhagen, and again in the Wall Street Journal, Mr. Lomborg calls for an increase in R&D in the cleantech space as the best way to counter global warming.  While I agree that basic research is important, the fact is, a number of renewable energy solutions, including solar and wind, have already benefited over the past couple of decades from dramatic reductions in cost and improvements in efficiency.  Solar cells are now being produced for under $1.00 per watt, and new breakthroughs are being announced on a regular basis.  Interestingly, the innovations are being driven by business opportunity as much as anything.

Even without further technological breakthroughs, however, solar energy today represents the least-cost option for generating electric power in parts of the world that are not connected to a conventional utility grid.

We don’t need to wait any longer before we help those most vulnerable to the impact of climate change by enabling them to adopt clean energy solutions in their own lives and communities.

It’s time for a smarter—and more holistic—approach to combating climate change.  Let’s turn to the sun to help people and the planet.