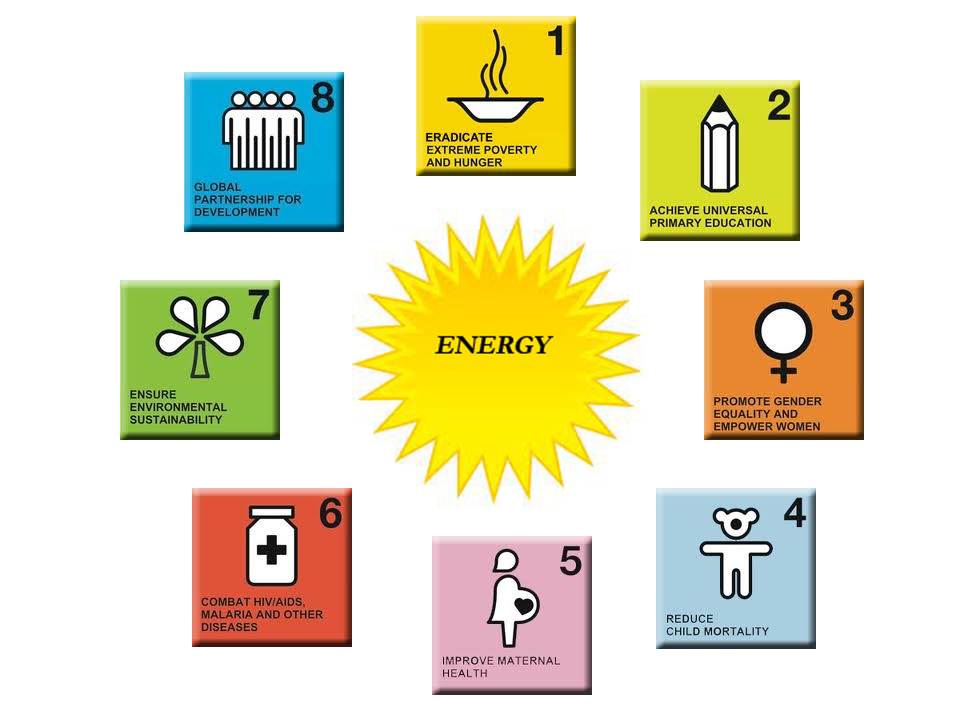 In September 2000, world leaders came together at the United Nations Headquarters in New York to adopt the United Nations Millennium Declaration, committing their nations to a new global partnership to reduce extreme poverty and establishing a series of time-bound targets – with a deadline of 2015 – that have become known as the Millennium Development Goals, or “MDGs” for short.

When the Millennium Development Goals were first announced 10 years ago, I was surprised and disappointed to learn that energy access had not been included by the U.N. as one of the MDGs.  For without access to modern energy services, none of the MDGs are ultimately achievable. However, in the past few years, a growing number of institutions, including the United Nations itself and the International Energy Agency, have come to acknowledge and promote the fundamental importance of modern energy in meeting all of the Millennium Development Goals.

So how exactly does energy relate to the MDGs?   Let us take a closer look.  For each of the Millennium Development Goals, I have provided an example or two of the role that energy access can play in fulfilling that goal.  Please bear in mind that the list of examples included here is by no means exhaustive.

Besides its centrality to the healthcare system, modern energy can lower maternal mortality by reducing the level of indoor air pollution, which kills 1.6 million people every year.

Combat HIV/AIDS, malaria, and other diseases

Modern energy services for power and communications in rural clinics and hospitals enable a quantum leap in health services.

Build a global partnership for development

The global north can help achieve the MDGs by providing increased access to renewable energy technologies and finance to the least developed countries.

As a 10-year progress report on the Millennium Development Goals was presented at the United Nations during its general assembly in September of this year, Secretaty-General Ban Ki-moon hosted a dinner at the U.N. to kickstart an awareness campaign around the need for universal energy access.  I was delighted to be present at this dinner, and to see the growing consensus among world leaders that unless and until we find a way to sustainably deliver modern energy services to the quarter of humanity still living without electricity, we will never fully achieve the MDGs.