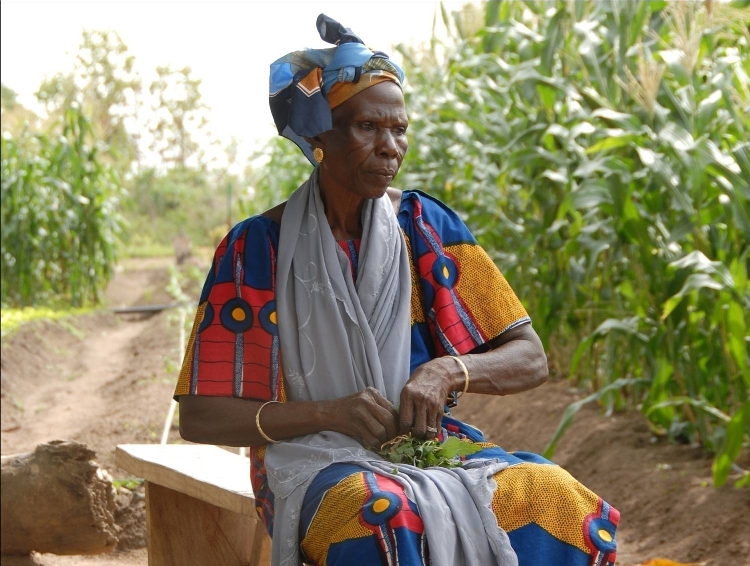 It is said that a journey of a thousand miles begins with the first step.  In some cases, though, it may also begin with a visit to the district capital to obtain a copy of one’s birth certificate.

As mentioned in a previous post, access to modern energy—while omitted from the initial group of Millennium Development Goals (MDGs) launched by the United Nations in 2000—has gained growing recognition as being a prerequisite for achieving the MDGs. Indeed, the United Nations has even gone so far as to designate 2012 as the “International Year of Sustainable Energy for All”.

Last month I was invited to participate in “Energy for All: Financing Access for the Poor,” a high-level conference that took place in Oslo, Norway. I was asked to present a case study on our solar-powered drip irrigation model in Benin that has enabled women farmers in the arid, northern part of the country to grow highly nutritious food year-round.

The organizers of the conference also asked if I could bring with me to Oslo a member of the local community in Benin so that he or she could provide a first-hand account of how village life has been transformed as a result of our project.

I immediately thought of Ms. Ganigui Guera, president of the women’s farming cooperative in Dunkassa—one of two villages in northern Benin where SELF’s Solar Market Gardens have been in operation over the past four years.

Ms. Guera, whom we affectionately refer to as “Madame La Presidente,” was my first choice for two reasons: 1) as president of the women’s farming cooperative in Dunkassa, she is a natural leader who can speak authoritatively on behalf of the other women in the community, and 2) she is a strong, dignified woman who carries herself proudly. Such dignity was all too palpable when Madame was featured two years ago in Vu du Ciel, a French documentary about our project in Benin.

Unfortunately, this invitation came with precious little time remaining before the conference. Madame would need to apply for a visa to travel to Norway, a process that normally takes two weeks. But getting a visa, as I found out, was the least of our problems. Madame didn’t have a passport, nor did she have a national ID card, or even a birth certificate. So, in order to travel to Norway, she would have to obtain a birth certificate, then a national ID card, then a passport, and finally a visa—all within two weeks!

Against all odds, Madame Ganigui was able to obtain her birth certificate, national ID, and passport in one week, and with support from the Norwegian government as well as Danish embassy in Benin, she was issued a visa just one day before her scheduled flight to Oslo (via Brussels).

Madame had less than 24 hours to prepare for her trip to Europe. Fortunately, our solar technician Zacharie had traveled to Cotonou with Madame, so he was able to assist her with the purchase of essential items such as a suitcase and carry on bag, shoes, and of course, a warm jacket since Oslo would be significantly colder than what Madame was accustomed to.

I arrived to Oslo several hours before Madame, so I was able to pick her up at the airport. Needless to say, I was relieved to see her arrive safely, but I was also dismayed to learn that no one from the airlines had greeted her in Brussels, as agreed to, and escorted her to her connecting flight. I can only imagine how disorienting it must have been for someone who had never traveled abroad or flown before in an airplane. But Madame is a resourceful woman who managed to find the gate on her own.

After checking in to our hotel, we had a buffet dinner and retired for the evening. At dinner, and during subsequent meals in Oslo, it was very interesting to observe Madame experience certain foods for the first time.

The next morning Madame and I attended the opening plenary session which led off with introductory remarks by the Prime Minister of Norway. Thanks to the simultaneous interpreting that was available throughout the conference, Madame was able to listen to everyone’s remarks in French, a language she speaks fluently in addition to Bariba, an African dialect that is spoken widely in the north of Benin.

Later that afternoon I arranged for a brief tour of Oslo. While waiting in the lobby with Madame for our French-speaking tour guide, we had a most fortuitous encounter. UN Secretary General Ban Ki-moon walked through the revolving front door of the hotel, and suddenly there he was, right in front of us. I seized the opportunity and quickly introduced the Secretary General to Madame, and told him about the solar-powered drip irrigation model that she has championed in Benin. As Madame La Presidente shook hands with Ban Ki-moon, one of the UN staff photographers took pictures.

The next morning, I gave a talk on our work in Benin. After my remarks, I invited Madame on stage for her to share her thoughts with the audience. A bit nervous but resolute, Madame walked up to the podium and began to speak. Her voice was quiet and measured. Everyone listened intently as Madame explained who she was and what she has been doing to help her community improve its food security and climb out of poverty.“Solar energy,” Madame affirmed, “has transformed our village. Thanks to our new-found ability to pump water from rivers and underground aquifers, we are able to grow food year-round. Not only are we feeding our families, we—the women of Dunkassa—are also earning extra income from the sale of fresh produce, income that we can use to pay for school fees and medical treatment.”

When Madame concluded her remarks, the moderator of our panel captured the general mood and reaction of everyone in the room when he said, “If ever we needed a clearer reminder of why we’re here, I think we’ve just heard it.”

Indeed, Madame’s personal testimony was the perfect way to conclude this two-day conference in Oslo. Through her presence, energy poverty suddenly took on a life-like quality that could never be conveyed through a rehearsed speech or PowerPoint presentation. Madame was the real deal and everyone knew it. And though Madame’s journey to Norway had been a long and arduous one, it was worth it. Her words, gentle but powerful, will continue to reverberate in the hearts and minds of people who care about energy poverty long after she returns to her native Benin.

Madame is now back in her village, helping to prepare for the dry season which begins this month. But unlike before, when virtually nothing could be grown from November to April, Dunkassa’s drip-irrigated fields will soon be sprouting all kinds of leafy green vegetables—for both consumption as well as sale to market.

And now, Madame knows that her voice has been heard on the world stage, and that the example she is setting in Benin will light the way towards a brighter future for thousands of villagers like her elsewhere in Africa—and beyond.