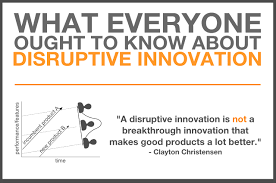 In the March/April 2001 edition of Foreign Affairs, Harvard professor Clayton M. Christensen, along with co-authors Thomas Craig and Stuart Hart, referenced SELF as a good example of an organization using “disruptive technology” to advance economic development for the poorest of the poor. In his recent article, “The Need for New Value Networks”, published in eGov monitor, the online platform of the UK-based Policy Dialogue International, Christensen says current efforts to shift to more efficient, lower-carbon energy sources are based on a misguided approach.”History has shown that cramming new technologies into existing value networks rarely succeeds”, says Christensen at the outset of the article. To illustrate his point, he describes how the leading consumer electronic companies in the fifties (such as Maganov, Zenith and RCA) were hesitant to replace their vacuum-tube based radios and televisions with transistor-based models because the latter offered lower fidelity and more static. Then Sony came along, explains Christiansen, and figured out a way to market its low-priced, low-quality products by selling transistor radios to “people who didn’t already have a radio (primarily young adults) for listening in a new context (away from home, but out of the car) through a channel that the incumbent companies didn’t use (department stores).” The quality of its transistor radios gradually improved over time, and Sony evolved into one of the world’s most successful consumer electronic companies. Christensen adds that “most of Sony’s vacuum tube-based competitors never successfully made the switch to transistors. They are all gone now.” Christiansen then goes on to draw a parallel between the short-sightedness of the vacuum tube-based electronics companies of yesterday and the misguided approach at innovation that, in his opinion, is prevalent among today’s incumbent energy and utility companies. As long as fossil fuels represent the cheapest and most convenient way to power our homes and cars, argues Christiansen, “making alternative energy sources cost-effective and plug-compatible in this system is a very, very difficult challenge.””But what about in the developing world?”, asks Christiansen towards the end of his article in eGov monitor. “What about applications where the attributes of alternative energy are valuable and unique when compared to traditional fuels?” “Spending our time and effort, Christiansen concludes, on identifying those applications where the virtues of alternative energy resources are most valued relative to the traditional options will likely do more to accelerate the pace of innovation in the energy sector than government subsidy or tax credit.” In parts of the world that have never had access to electricity, it’s amazing what a difference a few watts of energy can make. For example, installing a 50 watt solar panel on the roof of a thatched hut will generate enough power to run a few lights, a radio, and a few small appliances for 4-5 hours each evening. That might not sound like much to us, but rest assure d, it’s totally transformative for a rural family that has previously been forced to retreat each evening after the sun goes down into a home lit dimly, if at all, by candles or smoky kerosene lamps. Or take healthcare. A few hundred watts’ worth of solar panels installed on a rural clinic is enough to power a few lights and a small vaccine refrigerator. Immunization programs often breakdown in rural areas without power because there’s no way to store vaccines, which must be kept between 0 and 8°C.Or consider water. A submersible pump, powered by a 2 kilowatt (that’s 2000 watts) solar array, can supply a village of 3000 people with their daily water requirements. Imagine that—2000 watts and you’ve got clean water for an entire village! (By way of comparison, some hair dryers use more than 1000 watts of power.)The list goes on and on. Whether you’re talking about health, education, or economic development, a tiny (by our standards) investment of energy “capital” in an unelectrified community will yield enormous dividends to that community, dividends that will continue to pay off for decades to come.It is ironic that some of the poorest, most isolated places on earth have leapfrogged the entire fossil fuel age and traditional telecom infrastructure by plugging directly into solar power and wireless communication networks.As we forge ahead with new breakthroughs in thin-film solar cells, LED lighting, advanced batteries, next-generation satellites, and long-range WiFi networking solutions, I, for one, hope that these new technologies will continue to have the greatest impact in the developing world.The third of humanity who are still off-grid and off-line are waiting to be electrified and to be connected. Perhaps the first company to figure out a way of delivering sustainable power and communications to these two billion people will become the next Sony…of the energy world!