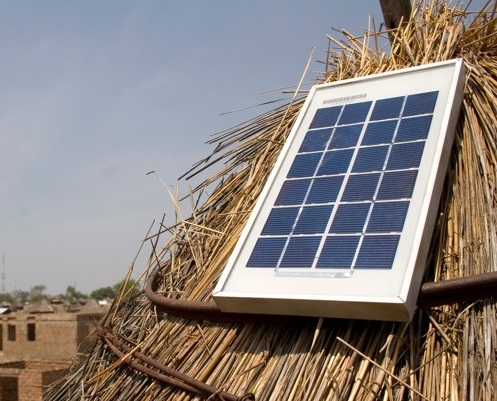 In the nineties, through a series of solar pilot projects around the world, SELF demonstrated the willingness and ability of rural families to pay for solar electricity at the household level if they are given access to credit.

Even though SELF is a nonprofit organization, we did not believe that giving these systems away outright would be sustainable over the long term. On the other hand, the cost of a solar home system, which averages $400-500, is prohibitively expensive for the vast majority of rural households in the developing world if that have to pay cash
upfront.

To overcome the high initial cost of photovoltaic technology, SELF pioneered a variety of financing mechanisms which enable families to purchase solar home systems over time, typically three to four years, paying only slightly more than what they previously spent on kerosene, candles, and dry-cell batteries.

Small amounts of interest would be built into the credit schemes, and as monthly installments were collected, the funds would be used to finance additional units for other families.

Our goal was not merely to supply solar lighting systems to, let’s say, 50 or 100 homes in a given village, and walk away, but rather to establish a mechanism that could be self-sustaining over the long term, and that would eventually pave the way for the commercialization of solar household electrification in the developing world.